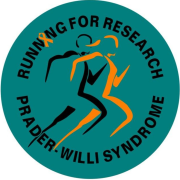 Individuals with PWS suffer from a variety of digestive and gastrointestinal issues (GI), some of which can lead to surgery. Here, we focus on data from the Global PWS Registry to provide information on the prevalence of gastroparesis (delayed stomach emptying), as well as the frequency and types of GI surgeries in PWS.

Gastroparesis occurs when food doesn’t properly empty from the stomach into the intestinal track to continue the normal process of digestion. This step of stomach emptying is a coordinated effort where the vagus nerve stimulates the stomach to contract and squeeze food forward into the intestine. Without this stimulation, the stomach is basically paralyzed, and the food just sits in the stomach. For those who develop gastroparesis, it is a chronic condition, and without continued management, flare ups can lead to further complications. Fortunately, there are a variety of treatments that can help reduce the severity and frequency of flare ups. Individuals with PWS are at high risk for gastroparesis compared to the general population, but additional risk factors for gastroparesis include diabetes and the use of certain antidepressants.

Symptoms of gastroparesis can include heartburn, acid reflux (when stomach contents come back up into the esophagus), vomiting undigested food, bloating, and stomach pain, with impacts on appetite and regulation of blood sugar levels. Without treatment to move the food along out of the stomach, gastroparesis can lead to bacterial growth in the stomach, as well as hardening of the undigested food into what is called a bezoar. A bezoar is a hardened mass of partially digested or undigested material in the intestinal tract. It usually forms in the stomach and then moves into the intestines. Smaller bezoars can eventually pass through the digestive track on their own. However, if large enough, a bezoar can cause an intestinal blockage that requires surgical removal.

Among participants in the Global PWS Registry, bezoar surgery is not highly reported, but there are a handful of cases. However, 17% of registry participants have undergone some type of GI surgery. Of those who have had a GI surgery, the three most common procedures are gallbladder surgery/removal, hernia repair, and fundoplications. Fundoplications aim to improve GERD (gastroesophageal reflux disease), which is when stomach acid comes up into the food pipe, causing irritation and burning.

The Foundation for Prader-Willi Research

GI issues can pop up at any time for people with PWS. There is a mistaken notion that kids like Clem can’t vomit. I’m not sure where this idea originally came from, but I’ve had several doctors suggest it to me over the years and I’ve always had to inform them that this is simply misinformation. Although people with PWS may be less likely to vomit or have a dulled ability to do so, they certainly can and will vomit if they are suffering from a stomach related illness like the ones mentioned above or even just a run of the mill stomach virus. Vomiting is a “good” thing as it is the bodies’ response to an illness and is an attempt to rid itself of whatever may be causing the problem.

Clem has had relatively few GI issues but the ones she has experienced have caused considerable problems. About three years ago, when we were at the height of Clem’s hair pulling stage, she began to experience a loss of appetite often accompanied by stomach pain .This is a relatively uncommon situation in people with PWS. Although a curious occurrence, it didn’t cause too much initial alarm. Her doctors asked me to keep and eye on her for any other symptoms and we just continued on as normal. However, as time went on, her appetite continued to diminish. Over the course of the next several months, Clem lost about 6 pounds, which doesn’t sound like a lot, but for someone who only weighed about 55 pounds, it was! The greatest concern was that her growth was starting to decline and this is never an acceptable situation for a child.

At this point, I was fairly certain the appetite loss was a result of Clem’s constant anxiety. She was in a rather large gen ed class for a good part of her school day and the environment was loud and chaotic, 2 things that are unbearable for Clem. But, as a precaution, we had a stomach emptying exam conducted at CHOA. What an experience! In order to accurately gauge the time it took for food to pass through her stomach and into the intestines (which would help determine the possibility of gastroparesis), Clem had to eat a certain amount of food in a certain time frame. Then she had to lay absolutely still while x-rays were taken at specific intervals. What 8 year old can do that? It took a very long time to finish the exam. About 20 minutes before we were done, Clem’s blood sugars dropped fairly low. We weren’t allowed to give her any glucose because it could potentially alter the test results and invalidate what we had already completed. By the time she was finished, her blood sugar was hovering around 60 and she felt terrible.

When the results were examined by our GI, he said that she did have a mild gastric delay but not at the level that would cause any problems. She did however have a bezoar. It was small and primarily made up of hair. I wasn’t surprised by this because we had seen her swallow some of the hair she was pulling out. The bezoar hadn’t yet made it into her intestines and was lying in the bottom of her stomach. It was determined that this was at least part of the reason she was complaining of stomach pain and could be contributing to her diminished appetite. Clem was scheduled to have the bezoar removed and also an endoscopy to look for any further GI issues. She was also prescribed a reflux medication to remove the possibility of GERD.

After the procedure, Clem did have a rebound in her appetite and she also stopped complaining of stomach pain. It took almost 6 months for her to regain the weight she had lost. I’m happy to report that she is growing again. We have seen a ceasing of her hair pulling, not really because of anything we did to intervene but because she cycles through her anxiety self soothing methods. Instead of hair pulling, she has several sets of worry beads and she is able to use them in place of hair pulling. I’ll certainly take that win for as long as it lasts!

For Clem, her GI issues go hand in hand with her anxiety levels. Just yesterday she had a long and tiring day at school. Right after school she had PT. When she was done, she was exhausted. Then Clem started to complain of stomach pain. I could see that she was stressed and really just wanted to decompress in her room alone. When it was time for dinner, she told me that she wasn’t hungry. I gave her a small snack and she went right back to her room. This happens with some frequency. And when it does, it’s almost always a result of stress and fatigue.

With PWS, there are so many possible complications and symptoms that can influence almost every system of the body. Most of the issues have overlap and it’s often quite difficult to get a true picture of what is going on. Medicating for one problem can also exacerbate another. I describe PWS management as a never ending walk on a tight rope. It requires patience, courage and a steady hand. Luckily Clem has the courage of 10 people and I, although not blessed in the patience department, do have a pretty steady hand. Together we make a good team!